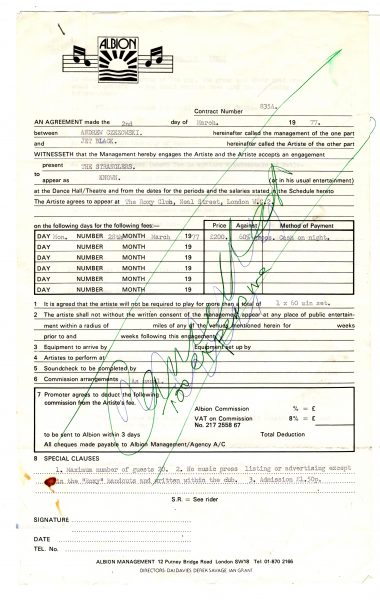 EXCERPT FROM THE ROXY OUR STORY   Monday, March 28th, 29th
Stranglers – both nights CANCELLED
Andrew: The Stranglers agreed to play because
they thought it was the last night of The Roxy,
which was the case when we booked them on
March 2nd, but things were moving fast at that
time and although this was essentially the last
night we had to do anything to stall that as we
had committed to the EMI live recording, so
we entered into the new deal on March 22nd.
They wanted to be the last band to play at the
club, but we thought they were too expensive
anyway so we both agreed to cancel.